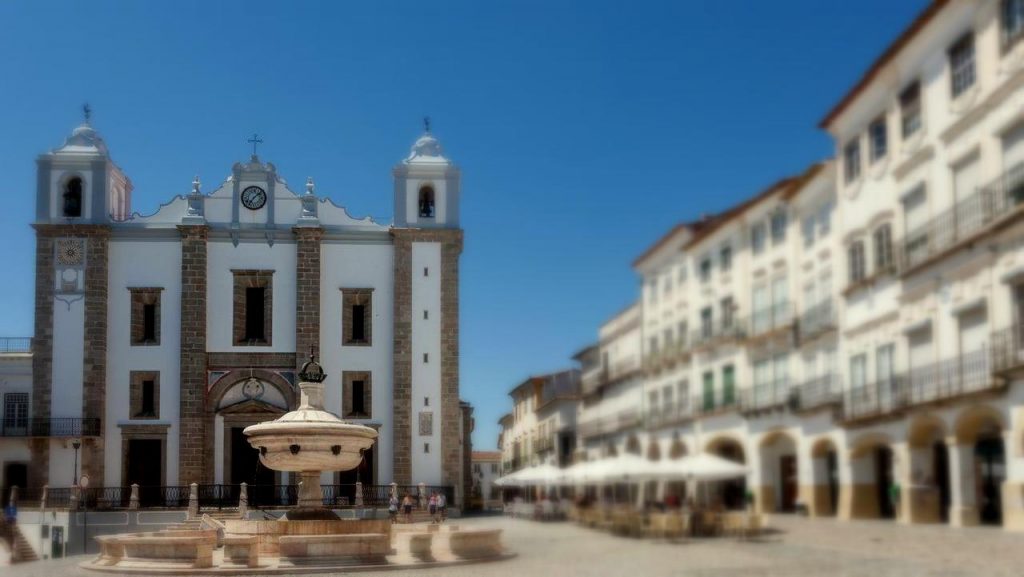 The city of Évora, Alentejo, Portugal, is known for its musical history regarding the great Portuguese masters of polyphony of the first half of the seventeenth century. Names like Fr. Manuel Cardoso, Duarte Lobo, Filipe de Magalhães are known throughout the world as leading figures with biographical and professional relations with Évora Cathedral.

However, both Cardoso, Lobo and Magalhães (as well as other composers of the generation) represent former students at the Choirboys School of Évora Cathedral who developed their adult lives as composers in other musical centres and not properly in Évora. As I have written many times before, this is a very important aspect when we are talking about music in Évora. It is very important to distinguish between the musical and compositional activity in the city and the “exported” musical legacy to other institutions, most notably the legacy of the Choirboys School as a teaching institution that produced some of the finest Portuguese composers of the second half of the sixteenth and seventeenth centuries.

Baring this aspect in mind, the approach to the composer Simão dos Anjos, author of the work presented in this post, in the context of the choirbook Códice CLI/1-3, preserved at the Public Library.

The Pueri Hebraeorum antiphon, attributed in the source to a “Simão dos Anjos”, has been attributed to Simão dos Anjos de Gouveia. Not much is known of Gouveia besides some professional references from other better-known masters. Barbosa Machado (writing in the first half of the seventeenth century) states that he was a pupil of Manuel Mendes at the Choirboys School in Évora Cathedral and that he had already joined the order of São João Evangelista and succeeded Pedro Thalesio as chapel master of the Hospital de Todos-os-Santos in Lisbon. He moved to Coimbra in hopes of being appointed as Lente de Musica at the University in March 1611 but, after waiting there for nine months, Thalesio was chosen for the post. Around 22 December 1611 he was appointed as head of music at the church of São João Batista in Tomar.

Besides this Pueri Hebraeorum, three other works have been identified so far and attributed to him. In the so-called Arouca choirbook (an early seventeenth-century polyphonic choirbook that belonged to the feminine Cistercian monastery of Arouca, Portugal) survive a five-voice hymn O lingua mens and a four-voice Alleluia. Both works bear the name “Simão dos Anjos”. In Évora, a plainchant choirbook (that belonged to the Hieronymite monastery of Espinheiro) containing the officium defunctorum has a four-voice setting of the litany refrain Jesu Redemptor attributed to a “Simão dos Anjos”.

It is interesting to notice that in all cases the name “de Gouveia” does not appear nor does the friar (Fr.). But in every case, all works have been attributed (in studies both by musicologists Robert Stevenson and later by João Pedro d’Alvarenga [

]) to Simão dos Anjos de Gouveia. José Augusto Alegria attributed this work in an early-career article (published in the 1940s) to a Fr. Simão dos Anjos, who was a master of novices at the Évora Discalced Carmelite convent of Nossa Senhora dos Remédios in the first decade of the seventeenth century. In fact, a Fr. Simão dos Anjos appears in the administrative books of the Discalced convent of Évora in the first decade of seventeenth century although nothing else is known about him.

Returning to the source choirbook of Pueri Hebraeorum, Portuguese musicologist João Pedro d’Alvarenga divided this choirbook in two parts (A & B) dating the A manuscript from around 1615 and the B from around 1575. The antiphon is to be found on manuscript A together with other works by Manuel Mendes, António de Oliveira and Duarte Lobo. Manuscript B is made of a collection of Holy Week responsories that have concordances with other sources originated from Santarém, Óbidos and Oporto. The A part is more focused on composers related to Évora, most notably Manuel Mendes, but also Duarte Lobo and António de Oliveira, composers that are thought to have been pupils of Manuel Mendes in Évora. This may also be considered for the case of Simão dos Anjos [de Gouveia] and his possible representation in the manuscript A as another of Mendes’s pupils. Alvarenga has proposed the origin of the CLI/1-3 choirbook in the collegiate church of Santo Antão of Évora, where Manuel Mendes was active in the last decades of the sixteenth century.

Pueri Hebraeorum vestimenta is one of the two Pueri Hebraeorum sung during the entry of the procession of palms in the church. This setting by Simão dos Anjos, for four voices (SATB), can be divided into three main sections, each with its own character. This follows the segmentation of the text, which provides the three-section division.

In the first section, after a homophonic entry on “Pueri Hebraeorum”, a brief point of imitation on the text “prosternebant in via” with a descending motive suggest the act of dropping their garments in the way. The motive first appears in the tenor followed shortly by the superius an octave higher and then followed by the bassus and altus. It reappears in the tenor and superius again a fourth higher that the first one (c – f) the same happening in the bassus and altus respectively. A second point of imitation then develops in the text “et clamabant dicentes”, with another motive appearing first in the superius and very shortly followed by the tenor and the altus. The bassus joines a couple of measures later.

The second section is made of the text “Hosanna filio David”. It is set in triple-time beginning with the superius, altus and tenor in homophony with the bassus joining a measure later.

The third and final section returns to double-meter and it begins homophonically with the text “Benedictus qui venit in nomine” developing the rest of the text (repeating the word “Domini”) with a brief imitation on a descending motive only happening one time.

There is an article (in Portuguese) where I examine the Alegria attribution of the work to the Fr. Simão dos Anjos, Discalced Carmelite friar of Évora [

]. An edition of this work was also published in the Edições MPMP [