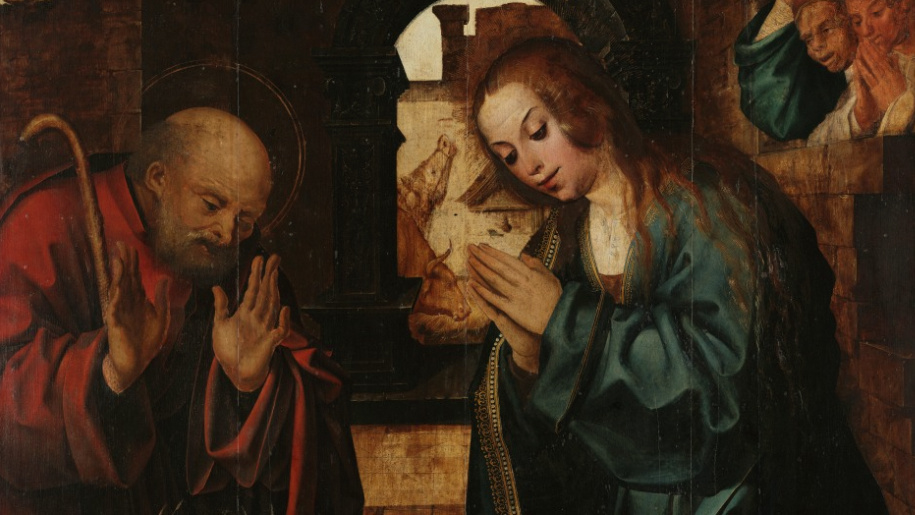 Most of the posts on the Cantum Mensurable blog have focused on sacred music, in particular Latin polyphony. The corpus of Portuguese music of the sixteenth and seventeenth centuries is rich in para-liturgical and religious thematic music being the villancico in the centre of this interesting repertory. In the case of the villancicos, most authors are lesser known than the sacred polyphony and sometimes these works are the only surviving music output of the composers.

António Marques Lésbio is part of a group of Portuguese composers from the second half of the seventeenth century that still remain not widely known mostly because of the lack of modern editions of their music and thus not frequently included in concert programmes. Another factor, related with the previous, is the dominance of the so-called “Évora Cathedral Music School” composers of the first half of the seventeenth century – Cardoso, Magalhães and Lobo – being the second half or the century dominated by the figure of Diogo Dias Melgaz and, in part, João Lourenço Rebelo. Again, this seems to be the result of music editions available in the market. In the case of Lésbio (and many of his contemporaries) this is aggravated by a scarce number of surviving compositions.

António Marques Lésbio was born in Lisbon in 1639 and died in the same city on 21 November 1709. He added “Lésbio” (after the island of Lesbos) to his family name probably because of his literary activity, most notably at the Academia dos Singulares, to which he presided in 1663 and 1665, and published poems in 1665 and 1668. Barbosa Machado tells that in 1653, after seeing one of Lésbio’s compositions (at the time fourteen), the composer João Lourenço Rebelo stated that he would become one of the most celebrated contrapuntists produced in Portugal.

In 1668, following the move of Fr. Filipe da Madre de Deus to Seville, Lésbio succeeded him as master of the royal chamber music with an annually salary of 45.000 réis. In 1679 he was appointed master of the choirboys school attached to the Royal Chapel.

His surviving compositions include an 8-part Victimae Paschali laudes and sixteen villancicos in Portuguese and Castillian that range from delightful to imposing works showing that he was a skilful composer of much grace and polish. Diogo Barbosa Machado, bibliographer from the first half of the eighteenth century, praised Lésbio’s wealth of ideas, his originality, and the beautiful sounds of his music as “never grating or harsh to the ear but always full-bodied and attractive”.

In short, although I haven’t studied extensively the world of the Iberian and New World villancico, from what I know I find this work as complex composition and one of the examples why Lésbio gained so much praised from Barbosa Machado and his contemporaries. Quem vio hum menino has a somewhat complex form. The initial section (A) with two verses is set for solo superius and harp followed by another section for the eight voices with harp and organ that functions as a refrain (B). A section for four voices and harp that Lésbio titled as baile (C) then appears with five verses and, afterwards, the coplas (D) for solo voice (one of the tenors) and harp accompaniment with six verses.

The first section (A) follows a narrative style. Lésbio casts a beautiful smooth curved melody for the tiple (soprano) voice, introducing the story that will be developed throughout the work.

This first section contrasts with the second (B) eight-voice section which uses imitation between the voices, with each other mirroring the descend motive that first appears in the Alto I with the text “Ai vamos todos”, which suggests a group of people inviting each other to go to see the born child. This is a frequent device in villancico writing of the refrain (estribilho), creating movement and contrast with the other sections which are set in a more narrative style. This section (B) proceeds with voice gatherings at a distance of a third interval, and here Lésbio was more concerned with creating sounding effects rather than introducing more text, which is reduced to “Ai vamos” (Let’s go) and “onde está o menino” (where’s the child).

Lésbio added a third section (C) between the refrain and the coplas. Set for four voices with harp accompaniment, he called it a baile. The music of the five verses has in general a homophonic character.

The coplas (D) are set for solo voice (one of the tenors) with harp accompaniment. As the first section, the melodies cast by Lésbio follow a smooth curve, suitable for the storytelling in the five verses set by the composer.