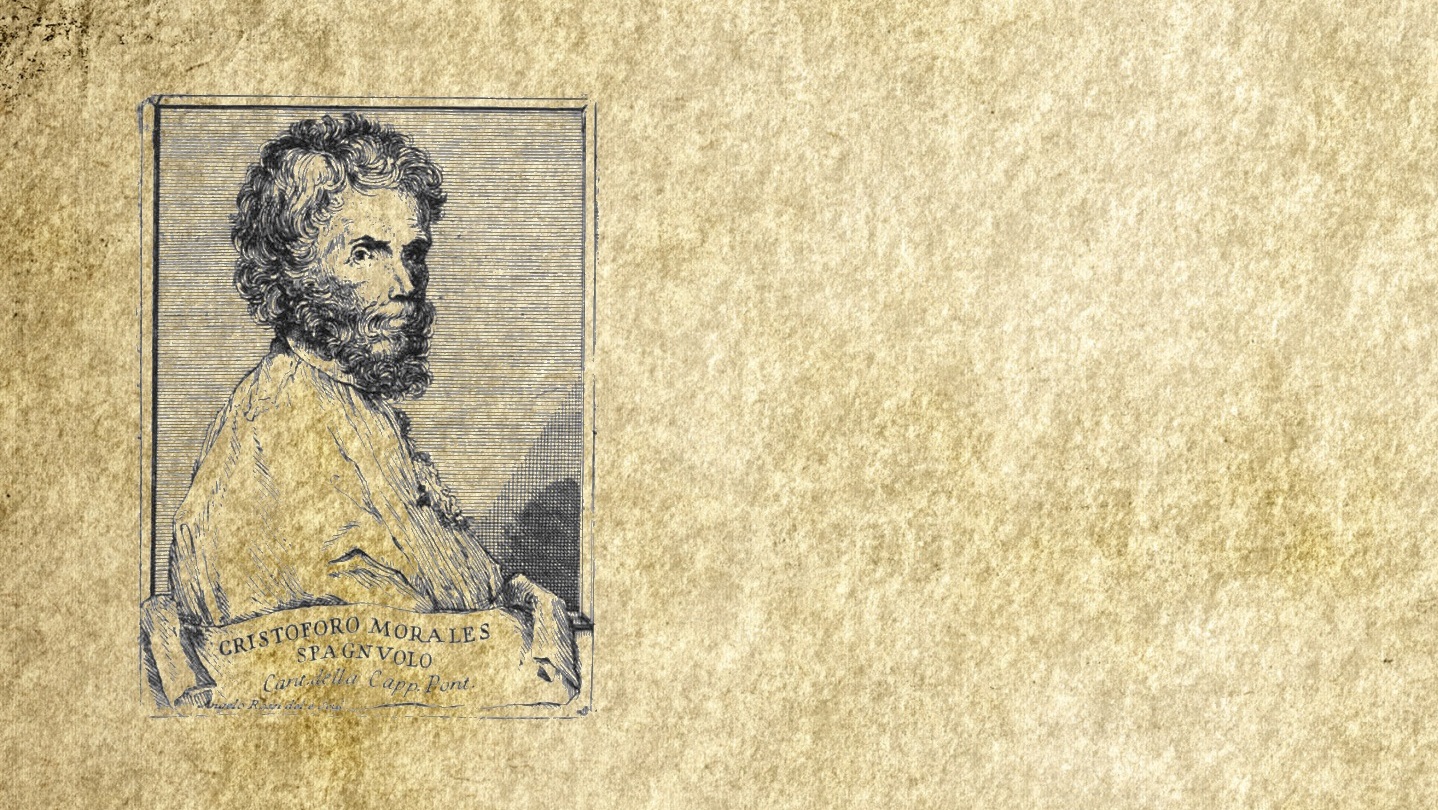 Many sixteenth and seventeenth-century composers have set the text O Magnum mysterium with wonderful polyphonic results, such as Willaert, Gabrieli, Palestrina, Victoria, and, Morales only to name a few. In Portugal during this period we find at least three settings of this text – all as responsories – by Pedro de Cristo, Duarte Lobo and Estêvão Lopes Morago respectively, being the Cristo setting the most widely known.

The Morales setting survives in two manuscript sources the first one extant in the manuscript 607 of the Casa Ducal de Medinaceli Library in Madrid, and the second is a choirbook without call number that belonged to the Parish of Santiago in Valladolid. This work is set for SSAT in high clefs appearing more frequently transposed for SATB.

The text of O magnum mysterium comes from the fourth responsory of the office of Matins on Christmas Day, thus it is organized in three major sections. However, when it is presented as a motet, in some cases the text in some sections may be altered. This is the case of Morales’s setting in which the composer added a new section of text to what would be the repetendum after the verse Beata Virgo. He replaced the verse Ave Maria, gratia plena by the verse of the responsory Benedicta for the feast of the Circumcision. The attribution of the O magnum mysterium for the feast of the Circumcision rather than Christmas also occurs with the setting by Tomás Luis de Victoria.

Morales followed several of the classical rules for setting out a motet. First, the text “O magnum mysterium” which opens the work is presented in homophony. While “et admirabile Sacramentum” still has a predominance of homophony but in the text “ut animalia” he begins to develop an imitative section, although movement and the entrance of motives is scarce. He then returns to homophony and some imitation in “Beata Virgo…” until the closing of the segment at “Dominum Christum”. The text “Dominum audivi” is set in a livelier way, with more imitation between the voices as well as more motivic material. In a certain way, the more contemplative “O magnum mysterium” text of the first half of the motet gives way to a more active “Dominum audivi auditum tuum” that follows. A clear contrast between observing and calling.

The following segment, that begins at “consideravi opera tua”, is set in a more traditional way although imitation does not follow the fifths and octaves intervals usually used. Longer note values at “et expavi” initiating the last segment at “in medio duorum”, also in imitation with the two superius imitating each other and the bassus imitating the tenor a fifth lower. Interesting to notice the last word, “animalium”, cascading in a motive that first appears in the tenor and is repeated by the other three voices at various pitches, in a manner that one can imagine the final “Alleluia” section of Victoria’s setting”.