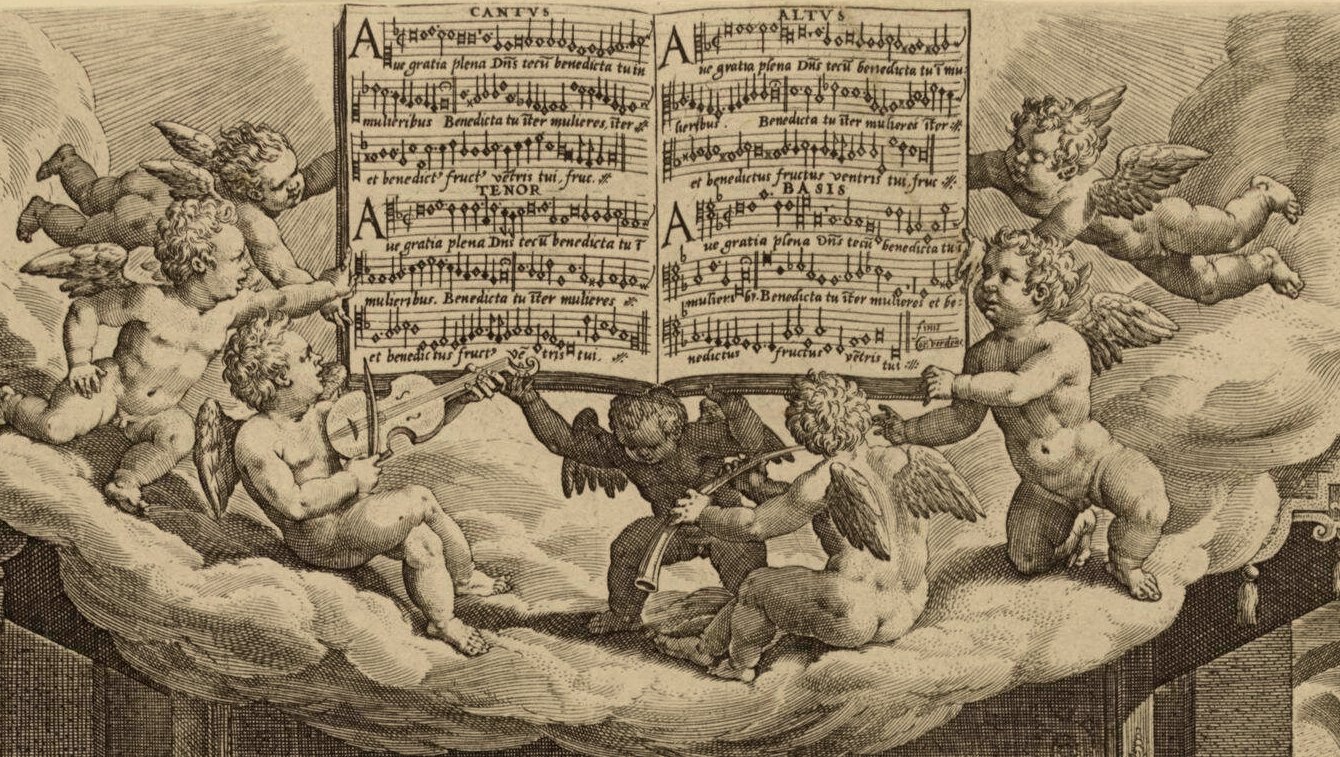 Flemish composer and singer Cornelis Verdonck was born in Turnhout sometime during the year 1563 and died in Antwerp on 5 July 1625. He was a choirboy at Antwerp Cathedral and in 1572 was enrolled as a singer at the court of Felipe II of Spain being colleague to other singers of Flemish origin such as Peeter Cornet and Philippe Rogier. In 1580 he was enrolled with two other singers in Douai University. Verdonck was a pupil of Séverin Cornet in Antwerp, who included one of his works in each of his three 1581 publications. He returned to Madrid in 1584 as a singer of the royal chapel where he remained until 1598. In 1599 he was already back in Antwerp and later in that year he took an active part in the preparations for the entry of Achduke Albert in that city, composing a motet for that occasion. His 1603 book of madrigals suggests that Verdonck was then at the service of Cornelis Pruenen nephew, Johannes Carolus de Cordes, governor of Wichelen and Serskamp, the dedicatee of the publication. He also held a prebend at Eindhoven until 1622.

The motet Ave gratia plena by Cornelis Verdonck, set for four voices (SATB), appears in a copper engraving depicting the Virgin Mary, St Anne and the Christ Child. It was painted by Maarten De Vos (1532-1603) and engraved by Johan Sadeler I (a friend of Verdonck’s) being released in 1584, when the composer was 24 years old. This print revolves around three central figures and a group of seven putti inhabiting the upper realm that have two meanings. They were celestial beings and also amorini, or little cupids. They surround an open choirbook and are singing and playing instruments. Here De Vos seems to give a further dimension, through polyphony, to the loving relationship between Mary, Christ and the faithful.

It is interesting to explore the relationship of the three-artist collaboration present in this engraving. Sadeler was known to be an accomplished singer and a music connoisseur, and it is suggested that he might have invented this type of print to combine his two favourite art forms. De Vos, named as the painter of the image, is thought to have produced the three central figures for an earlier painting the original, does not seem to have included angels nor music printed. In 1584, Sadeler was already settled in Germany so De Vos may have sent him a drawing from Antwerp, based on his earlier painting to fit its new purpose. On the other hand, Sadeler could have visited Antwerp (where he would travel frequently) and, thus, working directly with his two collaborators.

Cornelis Verdonck was a promising composer of twenty-one at the time and had spent much of his life in the household of Cornelis Pruenen, a prominent figure in Antwerp. Pruenen was a known music lover with links to other composers and music publishers in the city including, i.e., Hubert Waelrant. In 1580 Verdonck begame a pupil of Séverin Cornet, a respected chapelmaster in the city but, following the Calvinist takeover of the city, he lost his post and he died in 1582. Although nothing is known of Verdonck’s religious orientation, following his master’s fate, one my guess he was not particular sympathetic towards the Calvinist ideals. This is further enhanced by the possibility that the pictorial part of the 1584 print began life as a religious painting. So Verdonck may have composed the motet Ave gratia plena in response to a sacred picture.

This is a brief work mostly homophonically orientated that uses a passage of the text of the Ave Maria antiphon. The motet is divided in two parts. The first one is basically made of two verses divided by a rest. The first is set in homophony and in the second, although it begins homophonically, there is a brief moment of imitation in the upper voices at “in mulieribus”.

The second part is also made of two sections. The first is set homophonically with a repetition of the text in the upper three voices. Both repetition of the first section text and the second section have more movement in the voices (with no imitation) through the use of short rhythmic values.

In all, in my opinion, this small work by Verdonck serves more towards a decorative purpose in the Vos engraving than of a full-fledged music composition. Although short, this is a very interesting work and one can even read it as a word-painting composition, since the sweetness of harmonies is very close to the section of the Marian text selected by the composer.