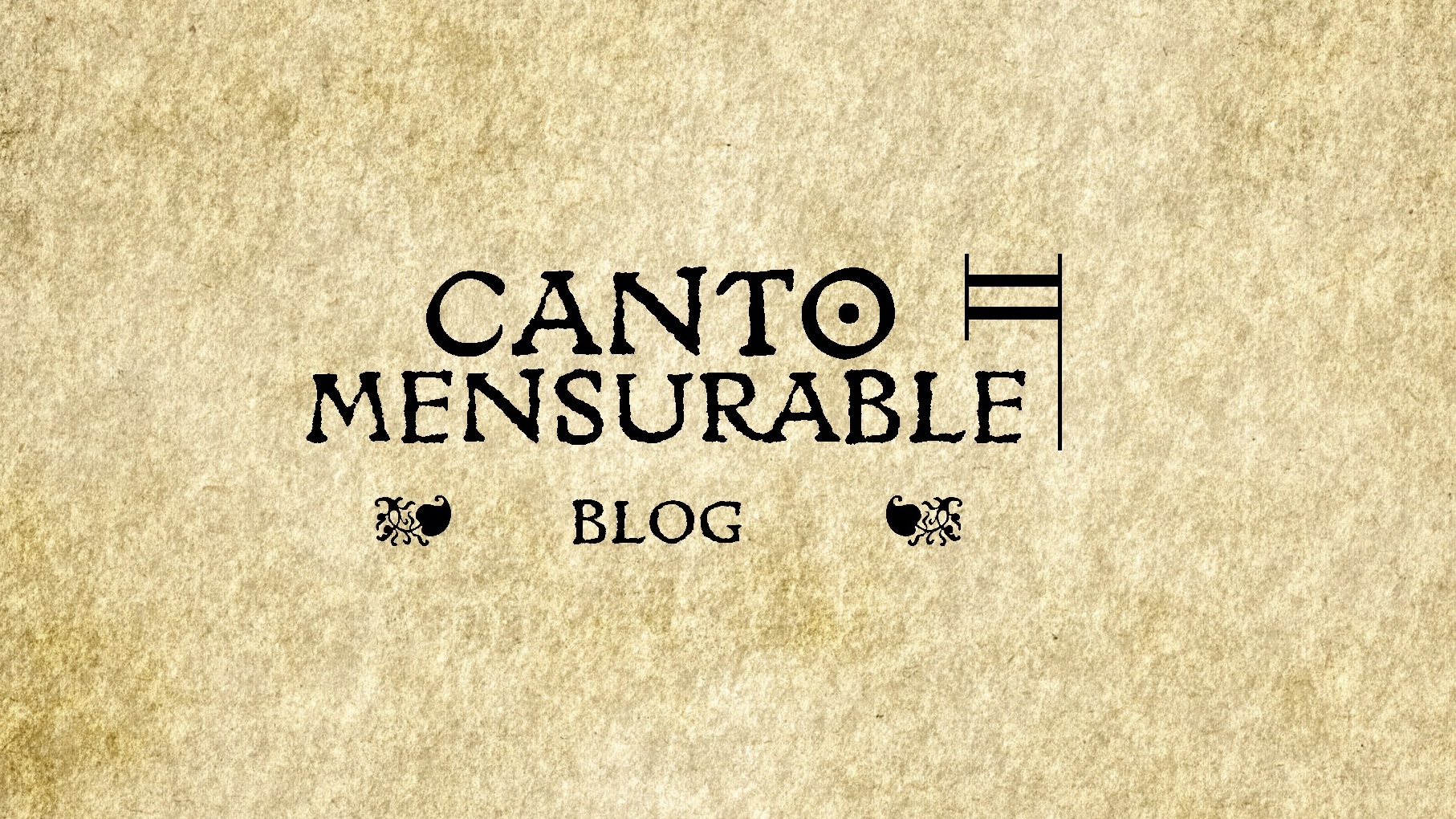 I have always been a fan of small-scale polyphonic works. In the case of Portuguese sixteenth and seventeenth-century polyphony, I have always included brief works, mostly the Jesu Redemptor settings, in concert programmes and recordings. These works are often forgotten from concert programmes due to their small scale length. One of these cases is Tomás Luis de Victoria’s In manus tuas.

The short responsory In manus tuas precedes the canticle Nunc dimittis in the office of Compline. It is a short rubric with two parts “In manus tuas Domine” and “commendo spiritum meum”. This setting attributed to Tomás Luis de Victoria was mentioned by musicologist Eugene C. Cramer in several studies on Victoria, having this author provided a modern transcription of the work (it was used by Nancho Alvarez in his website). Cramer identified the work as part of Carl Proske’s Mappe Victoria I (Regensburg, Bischöfliche Zentralbibliothek, Mappe Victoria I, N. 27a) (works of the Mappe Victoria also include other unica works such as the hymn Te lucis ante terminum, the even verses for the canticle Nunc dimittis [there will be a future post on this work] and two settings of the psalm Dixit Dominus, and a Laudate pueri), and as an addendum to Munich, Bayerische Staatsbibliothek, 2 Mus. pr. 23. It does not appear in the recent catalog of Victoria’s elaborated by the Centro de Estudios Tomás Luis de Victoria, since the work was never published nor survives in a manuscript source of the time. It clearly shows that this is a spurious (misattributed) work by Victoria, but still sounds beautiful though.

The work is set for five voices (SATTB) with a second tenor part, that should have added some sort of pivot voice between two groups (high and low) voices. From my experience reading other brief settings with little text, such as the Jesu Redemptor (which is also has a two-part form) or even other settings of In manus tuas by composers such as Pedro de Cristo (c.1550-1618) or Estêvão de Brito (c.1575-1641), the first think that comes to mind when listening to this setting by Victoria is that there are too many notes. Settings of this kind tend to by more syllabic and with a much homophonic texture. In Victoria’s the first motive “In manus tuas Domine” is developed in false imitation by the upper voices (tenor, altus and superius) appearing inverted in the bassus, with the chant melody in the second tenor. Apparently this seems very classical point of imitation. The trouble is that there is no space for the development of the imitation, with the first entry between the tenor and the altus sounding almost overlapped. It is far from the simple homophonic textures one is used to listen from these settings, mostly using semibreves and breves to a more counterpointistic “friendly” using of fast rhythmic values. This is evident in the second part, at the “meum” word. Imitation here is even strange. The three upper voices use a motive for imitation and lower two use the same motive but with larger rhythmic values among each other. That results in two groups with different imitative relations which, to me, seems a bit strange compared with other similar settings.

Another issue regards the cadential punctuation of each part. In the first part there is an intermediary cadence to F in the first presentation of the text. While, in general these cadences are weaker than the final cadence, in this case all the cadential formulae appear in this not final cadence, whilst in the final cadence of the section it is not a perfect cadence with all the formulae attributed to the respective voice. It ends with a picardy third which also, at this stage, seem a bit strange. The intermediary cadence of the second part is not very clear and the final cadence, ends with very unusual melodic intervals in the upper voices: the first superius has B-F#, the second superius E-D# and the altus G#-F#. Although this sounds very good as a choral piece (as can be listen in the video) it is difficult to believe that it is in fact a work by Tomás Luis de Victoria.